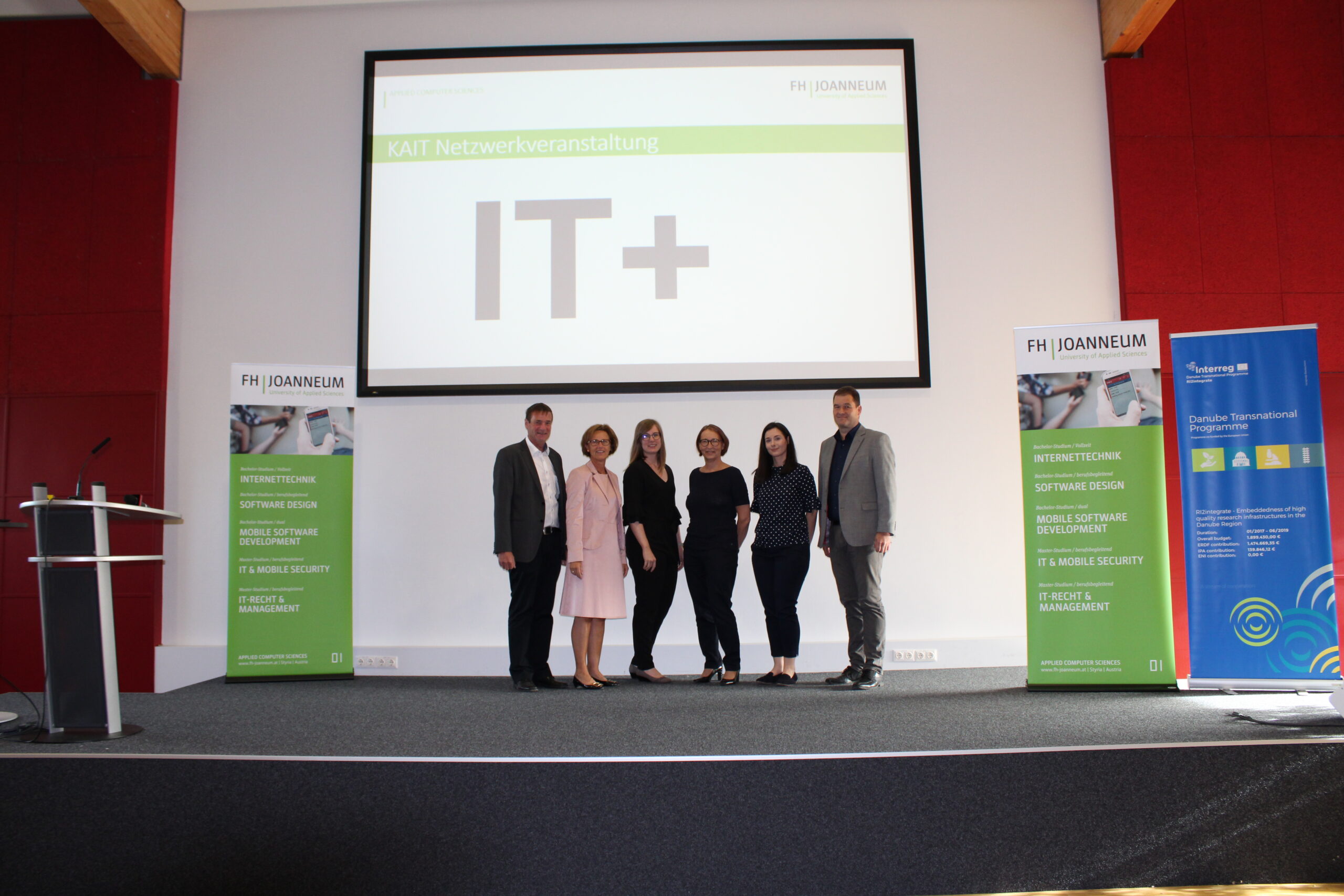 KAIT (Kapfenberg Accelerator IT) offers consulting & coaching, infrastructure and a network with access to business partners and events.

KAIT – Kapfenberg Accelerator for IT is the start-up centre at the Institute of Internet Technologies & Applications at FH JOANNEUM Kapfenberg.

KAIT has existed since 2017 and emerged from the EU-funded Accelerator project (Interreg Programme, Central Europe). KAIT is a start-up centre where primarily students, but also other founders and young entrepreneurs who want to start their own business or grow in the IT sector in Upper Styria, are supported and advised. The initiator and driving force behind KAIT is Director Sonja Gögele.

The most important project partner is the SFG – Steirische Wirtschaftsförderungsgesellschaft mbH. As the operational arm of the economic and science department of the province of Styria, SFG is jointly responsible for the implementation of the economic strategy. Other important strategic partners are the Styrian Chamber of Commerce Bruck-Mürzzuschlag and the municipality of Kapfenberg. In addition, KAIT is supported by numerous, mainly regional companies.

In accordance with Styria’s Economic Strategy 2025, a real incubator for start-ups in the IT sector, is now to be created at FH JOANNEUM campus Kapfenberg. This will turn the existing virtual initiative into a real A2B centre. FH JOANNEUM is committed to taking the entrepreneurial spirit from theory to practice and to supporting young people along the way.

As a continuation of the EU-funded Accelerator project (Interreg Danube Programme), KAIT can already build on the existing virtual centre. This creates a 2nd generation impulse centre / incubator, whereby much of the necessary infrastructure is already in place and can simply be better utilised.

KAIT thus assumes a bridgehead function with regard to A2B as well as in spatial terms.

The overall area of the start-up centre for KAIT with a total area of around 135m² consists of three zones:

Communication and networking is a central component of the KAIT Centre, in all directions but especially between founders, their customers and company partners, students and, of course, teachers at FH JOANNEUM. Close cooperation with SFG-Steirische Wirtschaftsförderungs-GmbH, the Bruck-Mürzzuschlag Chamber of Commerce and the municipality of Kapfenberg are also relevant here.

The project will have multiple effects. On the one hand, the visibility of the currently virtual KAIT will be greatly increased. But not only the business incubator as such, also the possibilities of studying IT will become clearer, because KAIT is a bridgehead between technology (IT) – women – teaching – research & development & innovation – entrepreneurship in Upper Styria.